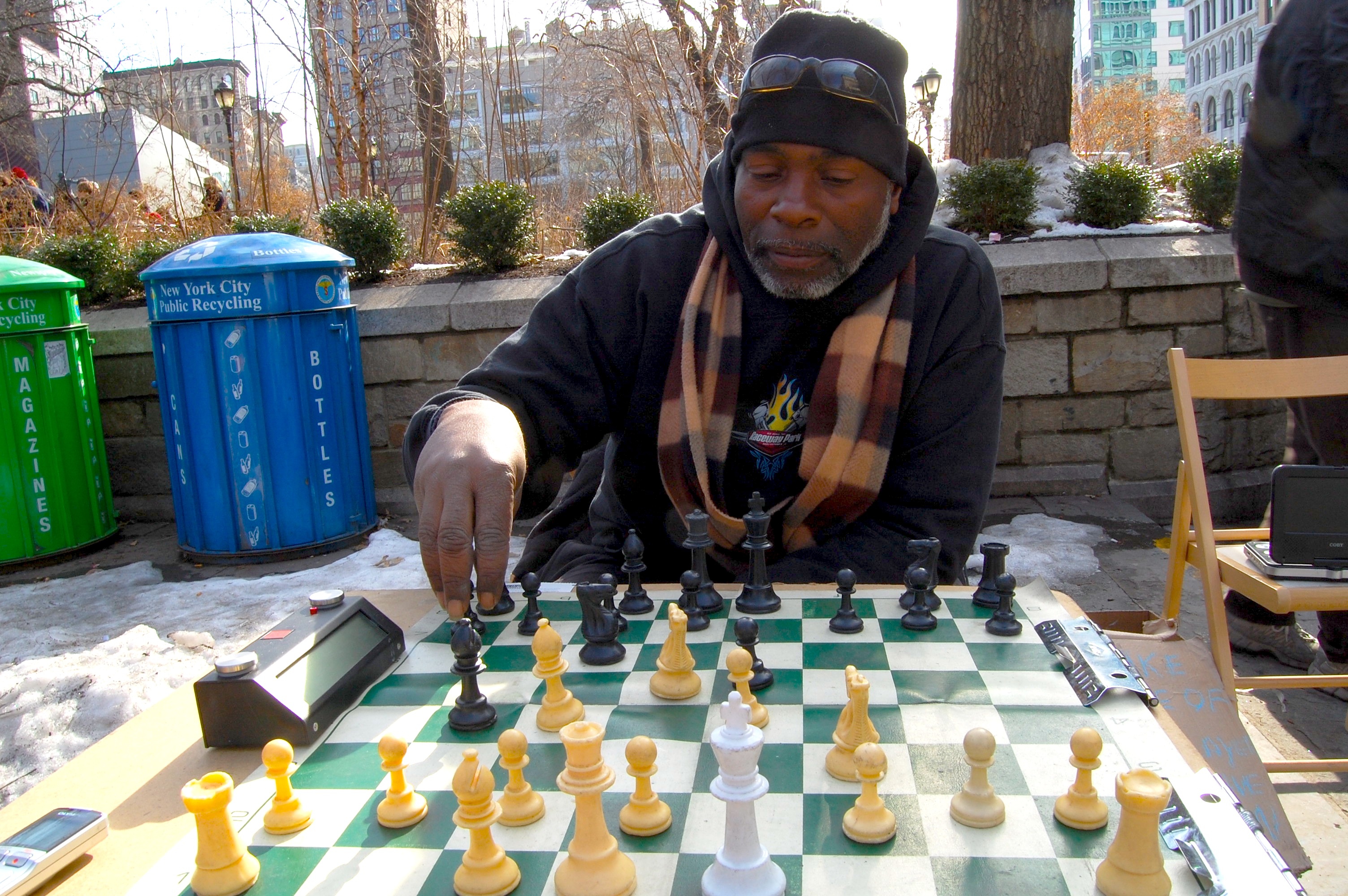 The weather was hotter, there were no reasons for seasons. Tuk-tuks, swinging wires, skyscrapers – that was not the jungle I meant to be – food was crappy, people were aliens.

People have always been aliens, even the girl next door I’ve been trying to approach for so long forgetting any kind of objects a man can forget – salt, pepper, mozzarella for my pizza, a clean pair of socks, eggs for carbonara pasta, a good dvd, someone to watch it with.

I left for the only reason one should leave: I had nothing to learn anymore over there. And I was too far away, East. So I decided to balance and move too far away, West, where at least people are aliens, food is crappy.

At least now I am poor enough not to bother myself that I might sound cool just because the GDP of the country I come from is 10 times higher than the average.

I earn my day playing chess in Union Square, I play better than any Ashkenazi Nobel prize, I can beat Kasparov and Bobby Fischer at the same time, playing blind, but regularly I do have to pretend I lose, otherwise they would not allow me to stay there, collecting pawns to be able to eat prawns, using knights to get the chance to spend some nights in a proper sofa, worshipping bishops even though I’m that kind of an atheist.

I started over, 16 months after the last time, and that’s what happens every 16 months. At the beginning I didn’t choose the timing: time chose me, that’s the way life goes.

I heard the girl next door once said: the guy is cute, I’m just afraid he would forget our date, should I dare asking.